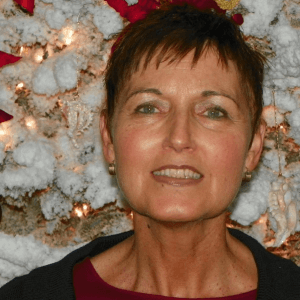 When myasthenia gravis patient Paula McGinnis tried to purchase her asthma medication in November 2015, the prescription was denied. Although she’d been doing well on this medication for 3-1/2 years, her insurance company required her to do “step therapy,” which in her case meant trying two other less costly medications and failing on each before her current prescription could be filled. But Paula has been through the denial process before, and has learned not to give up.

Paula’s MG is not stable. Her muscle weakness is managed with IVIg treatments and other medication. She notes, “If my asthma is not controlled, then I get MG weakness including [in] the diaphragm.”  Paula adds, “I went through several inhalers when I first got asthma in 2008 and failed most of them. I know what road I’m headed down if I have to start changing my asthma medication.”

When a customer service representative told her, “I understand what you are going through,” she replied, “I’m sorry but you do not walk in my shoes, and if my asthma gets out of control and I go into an MG crisis it will be me on a ventilator, not you.”

This was not Paula’s first insurance denial. When her coverage changed three years ago, it took six months for her neurologist to successfully appeal a denial for IVIg. A year ago Medicare denied her CellCept prescription for MG; this time her doctor’s appeal was not successful. Then her Alvesco inhaler. Imagine her frustration.

Paula’s pulmonologist did not appeal, so she chose to be her own advocate. She found past records showing she had “failed” on the two asthma medications required by the insurance company’s step therapy. She sent the doctor’s documentation with a certified letter of appeal to her insurance company. The result?  “I received a letter yesterday. They reversed their decision and gave an authorization good until the end of 2016.” Paula explains, “I came from a background of years of working as a registered nurse, so being on the opposite side of healthcare has been one of the most difficult things for me to adjust to. The frustration and stress of dealing with denial for treatment does not help my MG.”

“Doctors have just have come to the conclusion that it’s easier to do what insurance wants rather than to fight for their patients. My perseverance has helped me become my own advocate against the healthcare system.”

MedicineNet.com describes step therapy as “The practice of beginning drug therapy for a medical condition with the most cost-effective and safest drug therapy and progressing to other more costly or risky therapy, only if necessary. The aims are to control costs and minimize risks.”  But AARDA (the American Autoimmune Related Disease Association) points out some pitfalls: “Step therapy can be an impediment to timely care and doesn’t align with what’s best for the patient.”

The Arthritis Foundation explains in its October 2014 Position Statement:

Step therapy or “fail first” is the practice by insurers of requiring patients to test use of a safe lower cost drug or service before permitting more expensive drugs or services. Step therapy is an established benefit management tool that is used by commercial carriers, self-insured employers, Medicare Advantage/Part D programs, and Medicaid.

When a patient changes insurers or a drug they are currently taking is moved to a non-preferred status patients may be put through the step therapy process again. Some step therapy protocols impose these requirements on stable patients.

The Arthritis Foundation offers these ideas for legislation that puts limits on these step therapy protocols, including:

We all would like to keep health care costs from increasing. Step therapy may be an effective tool to help with this effort. However, if you’d like to learn more about step therapy concerns, here are some sources:

Summer 2016 Update: Pending Governor Rauner’s signature, the Illinois state government passed legislation that would subject step therapy to a plan’s appeal process. Also, if you change medical carriers, you won’t have to go through step therapy process all over again before getting a certain medical treatment approved.