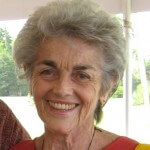 Myasthenics often hear, “but you don’t look sick.” Here I am living with a chronic autoimmune disease myasthenia gravis, and most people don’t know.   I always thought that was pretty neat. When I was a young girl the letters “MG” meant a snappy little sports car. My roommate Jerry Mitchell owned an MG convertible. One day I was driving it down Harry Hines Boulevard in Dallas, TX and was suddenly surrounded by very large trucks, both sides, front and back. When we stopped for a red light and the brakes were applied, I felt as If I would be lifted off the ground. I was young enough to think it was fun.

Today, MG has a new meaning, myasthenia gravis. There was no pain. When slurred speech, shortness of breath, and swallowing became more difficult, I was finally diagnosed with severe generalized myasthenia gravis. After an immediate thymectomy, (that was in December, 1978 long before robotic surgery), I could eventually live a normal life with two active teen-agers and a husband who was very supportive, but traveled often.

I kept a record of my life with MG, hoping that someday my children could better understand the changes at home during that difficult time. With time on my hands I researched my disease. I was motivated to write. My notes became a manuscript and eventually a book, “THE MYSTERY GUEST, MG” A Personal Plan for Dealing with a Chronic Illness. My friends gave a book signing party and sold over a hundred books. I wanted to give them the book but that was not their plan.

Over the years my friends wanted to learn about Myasthenia Gravis. With medication, I could play tennis and golf but they noticed I would tire sooner than before I had MG. Without hesitation they always included me knowing that at a large party in their home, I could quietly find a bedroom, close the door and rest for 30 minutes before returning to the party. It wasn’t long before we were entertaining again.

Bad things happen to almost everyone at some time in their lifetime. It is how they deal with these life changes that makes the difference. Dealing with the emotional aspects of having a chronic illness is a challenge and has many ups and downs that can be emotionally draining. How you handle this emotional roller coaster is important and personal.

A recent MG crisis brought back memories. It’s been another challenging few months. Cellcept and prednisone are prescribed and gradually I am gaining control of MG again. My patience is growing.

We live at Park Place of Elmhurst where many are young and most are young at heart and some have never heard of myasthenia gravis. They have they own challenges. Again, I am hearing, “but you don’t look sick.” I can smile and know it’s ok, remembering they too are dealing with their Mystery Guest.