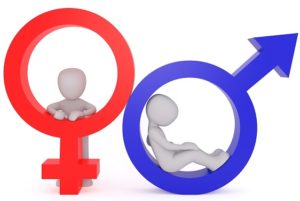 MG and its treatments can affect aspects of being a man or woman. We thank neurologist David Randall, DO, from Northshore Neurological Institute in Glenview, Illinois, for shedding light on these issues. He spoke at the Conquer MG Fall Patient Meeting in October, 2017.

What follows are highlights from Dr. Randall’s talk. If you’d like to see a short video clip or his full presentation, visit our YouTube channel.

MG Incidence in Men and Women

When considering how myasthenia gravis affects men compared to women,

Periods of exacerbation – when MG symptoms get significantly worse – can be triggered in both men and women. Triggers include infection, anesthesia, thyroid changes, medications, emotional stress, and physical stress (such as illness, trauma, or surgery).

MG symptoms in women also can be affected by menses, pregnancy, and postpartum changes in hormones.

If you’re a woman with MG, it’s important to discuss your pregnancy plans in advance with your neurologist whenever possible, so you can work as a team for the best outcomes. You’ll want to discuss how pregnancy can affect your MG, and how MG can affect your pregnancy. Together you can discuss if pregnancy is an option, medications that need to be changed, and risks to the fetus and newborn. You’ll want any pregnancies to be closely monitored.

Visit our YouTube channel for Dr. Randall’s detailed discussion about how MG impacts pregnancy, labor and delivery, breastfeeding, and the postpartum period. He also discusses MG’s effect on the fetus and newborn,

For men, MG generally is not a direct cause of infertility, erectile dysfunction, or loss of libido. However, low testosterone may be correlated with myasthenia gravis in terms of MG medications and with factors not associated with medications.

Low testosterone is known to cause the following:

If you have these issues, discuss them with your neurologist. Your medications should be reviewed, and other underlying causes such as depression or diabetes should be considered and treated. Your doctor can check hormone levels, and treat low testosterone.

Medications used to treat MG can produce side effects for men and women. For example: